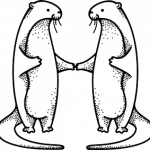 About me, Emma
A Natural Wedding Photographer from Yorkshire

“So Emma, tell us about yourself.”

“Anything, anything at all.”
​
Ugh – don’t you hate job interviews like that? I can tell you everything and more about the work, or the company… but about me?
It’s so hard!
​
“I’ve changed my mind, I don’t want the job – I’ll be a photographer instead.”
​
Dash that didn’t work, I still have to tell you about myself.
​
Well, in West Philadelphia born and bred… Oh, wait, that’s not right…
​

​
I grew up on a farm (beef cattle, but we had pretty much everything else too in case you’re interested) in North Yorkshire. I had my own pigs (Penny and Pru) and a dog called Stig (who would fetch the umbrella if I said “it’s raining”). My 3 siblings and I had pretty much total freedom to explore and do what we wanted.
​
I became very interested in wildlife and the natural world, so as soon as I was old enough, I went on a course in South Africa to learn how to be a field guide. I enrolled on a zoology degree at Stirling Uni and bought a camera so I could photograph all my wildlife sightings.
​
In the sixth form (when I met my now husband) after nights out (in the Gallery and Willow – let’s hear it for York’s finest) I’d cycle home and go straight to the river with my camera to see if I could spot any wildlife.
​
I knew there were otters about – I’d seen their tracks. I spent years (not every day – I wasn’t that obsessed) getting up before the sun.
​
One morning I was sitting on the bank where I’d seen a barn owl the day before, hoping it might come back. An otter popped out of the water with a huge fish. It sat on the beach opposite me eating, with no idea I was there. For at least five minutes, it splashed around with the fish, having fun, and then slipped away into the water.
​
(Don’t ask to see the photos – it was the old days of slide film, and I was stuck with iso 400 at 4am. Yeah – I know – terrible planning.
It’s just a blur – but I know it’s the blur of an elusive otter.)
​
Fast forward 15 years: I completed my degree, married my best friend (during an outdoor wedding in the rain), somehow stumbled into a career in buying for a few years (yes, it is a real job), spent an amazing 6 months travelling (my favourite place was India – though I wouldn’t recommend a 24-hour train journey in general class seats), had two children (Joni and Ben), and became a wedding photographer.
​
“Erm, OK, thanks. You didn’t get the job. You talk too much.”

About my work as a wedding photographer

I suppose I’m  bit of an introvert.

That makes me naturally observant, I think about things, and I listen well.

On your wedding day, I’ll be observing everything. I’ll listen to conversations between your guests, and I’ll notice that each guest has their own story and their personal connection with you. I’ll capture that naturally, without people even noticing.

I’ll listen to people telling jokes, and I’ll be ready before the punchline is delivered so I can capture the first laugh.

I’ll be constantly aware and watching everyone, quietly, so I can tell the stories of everyone’s day – not just yours.

My style of natural wedding photography is to learn about you and adapt to what suits you. It is not to bulldoze in and impose my ideas about what should be done. I’ll be in the action when needed, and stand back and observe for the rest of the time.

I’m not shy. Some people think introverts are shy – I’m not, I just appreciate silence sometimes! If you want group photos, I can be as loud as the next person, and herding drunken guests quickly has become second nature to me!